A Conservative Counterrevolution in Croatia 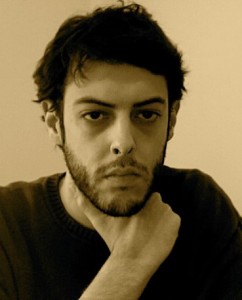 There are not many occasions on which  the daily news from Croatia can be spotted in the blurred waters of Western media. Unfortunately, last week one of that occasions occurred.  Croatian voters decided to prohibit marriage equality, or to be precise – to constitutionally define marriage as a union only between a man and a woman. After processing all of the ballots, the State Election Commission announced that 65.87% voted yes, 33.51% no and 0.57% of ballots were disregarded as invalid. One has to bear in mind that this decision is made not to change existing positive political laws and efforts but to prevent eventual and future reforms in the domain of LGBT rights a which are  nowadays more liberal and protective than in the southern and eastern neighbors of former Yugoslav republics (Serbia, Montenegro, Bosnia & Herzegovina) but less  than in Slovenia, where a similar referendum occurred last year with the same disappointing result for progressive forces. Paradoxically, most of the major positive reforms in legislation came during the governance of the conservative HDZ (Croatian Democrat Union) and PM Jadranka Kosor. But today the “new” more conservative and nationalistic HDZ’s leadership supported the referendum and constitutional “protection” of heterosexual marriage. As a result of scrambles for positions in a major right party, former prime minister and party president Jadranka Kosor was expelled from the HDZ membership last year. In the new political context, as an independent member of Croatian parliament,  Kosor became one of the most eager defenders of human rights after the ruling Social-democratic Party (SDP) decided to verify the referendum question, announcing a  December 1st referendum date. Consequently, as we can see, the referendum’s outcome indicated very interesting shifts on the Croatian political right but also alerted us to future equally reactionary initiatives and necessity of a true leftist response to this and similar attempts. The anti-gay referendum was just a highlighted reminder of the trajectories and continuities in the Croatian political landscape for the last twenty two years and of absurdity of its unofficial two-party system.

In fact, conservative political establishment and HDZ was not directly involved in the referendum initiative as its major party representative until the last week of this political campaign. The referendum was created by the conservative-clerical organization U ime obitelji (“In the Name of the Family”) who gathered more than 700,000 signatures demanding a referendum in May 2013. Croatian left and liberal media accused this clerical group during the campaign of being a political branch of the extreme conservative Catholic prelature Opus Dei. Regardless of their sipiritual affiliation, this Catholilic NGO showed an enviable political intelligence. It used the legal vacuum made in the referendum legislation after the consensual decision of the Croatian political elite to annul voter turnout as a criterion for  acceptence of ballot results. That decision was made few months before the EU membership referendum, membership in which was in jeopardy of possible rejection because the existing criterion was a turnout of 50% of all voters. In other words, the success of this conservative project was an indirect result of the Croatian transition to European Union and negligence of the current liberal government which has been proven in many areas, espacially in fiscal and welfare  politics.

Every time in recent Croatian history when an SPD-led coalition wins elections, the political right, with direct or indirect instruction of HDZ, creates an nationalistic atmosphere and circulates unsolved questions from recent past.  It is used to stagger liberal government but also to distract the popular attention  away from social and economic issues. Back in 2003, Former PM Ivo Sanader used a  post-war national sentiments to impose himself as the new leader of right, earning him two consecutive mandates in office. Irrespective of the “liberalization” process he imposed, both times he had the significant and indispensable support of the official Catholic Church in Croatia which became an important political factor in the country after proclamation of independence in 1991. If we ask ourselves how it is possible that such a small and until recently invisible conservative NGO managed to organize a state referendum – the only possible answer is: «with enormous help of Catholic Church». It was obvious from day one of the campaign throughout Croatia that the Church secures not only verbal, but infrastructural, support for the initiative In the Name of Family. We should also keep in mind that only three institutions in today’s Croatia have the infrastructure to organize a referendum: the state, trade unions, and the Catholic Church.  Three years ago, during the government of aforementioned Jadranka Kosor, fragmented trade union organizations succeeded in obtaining a required number of signatures against a proposed labour legislation. It was introduced as one of the much needed austerity measures to flexibilize labour power and open the Croatian market to new foreign investors. In consequent negotiations, the government withdrew the legislation. Three years after that attempt, a new, liberal government of SDP and HNS (Liberal Democrats) proposed a new labour legislation declaring the eight hour working day a relic of the socialist past. Legislative deregulation and flexibilization of labour market is flanked by further privatisation of state owned companies and commons (railways and motorways), and commercialization of education and Healthcare. And that is in one way a real frame of an image of a current socioeconomic and political condition in Croatian society: a derogation of institutions of the welfare state that existed during socialism and, at the same time, a consolidation of right nationalistic and clerical groups in very familiar historical scenario.

Nevertheless, it would be wrong to perceive this referendum as a direct success of Conservativism and a sole indicator of the power of the Catholic Church. The terrain for this and the  outcome of future referenda was patiently made across the last two decades under the rule of every government, whether liberal or conservative. Capitalism in Croatia was built upon the unseen depredation of socially owned enterprises (until the nineties) and subsequent structural adjustment to a transitional economic model. The continuity of that sort of politics created a highly divided and unequal society with high rates of unemployment (20.3 % in October), and a disfunctional and underfinanced public sector. Therefore, it would be analytically superficial to accuse the majority of Croatian population of primitivism and Conservativism. It would be a pure ahistorization of this referendum. The yes-voters who confined marriage to its heteronormative structure have been generated as a disciplined voting machine of HDZ and supporters of national hegemony for the last twenty two years. The destruction of institutions of local communities and communal life which existed in the socialist period  made Church the only institution, and the only ideological advocate in most of the rural and deindustrialized urban areas of Croatia. That is the ideological base of the referendum’s  backing which cannot be understood in terms of essentialized categories of eternal Balkan traditionalism but only as an carefully planned project of (re)constitution of the nation and the popular voting discipline.

Voting statistics support this thesis. In the areas most affected by the war, nationalistic local governments and the deindustrialization and privatisation tsunami, pro-referendum votes were significantly higher than in the western and the northern parts of country where no-votes reigned. The share of votes in the states’s capital Zagreb shows that in the suburban, poorer and undereducated areas yes-voters prevailed, while in the downtown and the wider city center no-voter made the majority by a very small margin. This “voting-topography” is not just a confirmation of the broader social image of contemporary Croatia and its future ideological trajectories, but an alarm for left progressive forces to start to discuss organizational and agitational modes in the future and especially in peripheral parts of country. We all should make the biggest efforts we can to overcome this binary opposition between liberal and conservative partitocracies and to install the principle of the solidarity of oppressed social groups: workers, gays, lesbians, women, students, old people as the only alternative to official politics with two different (but in fact the same) faces.

But then again – this is not only a Croatian or Eastern European problem. The easiest way out is to misread  these political currents  and accuse Eastern Europe of socialist mentality and deflections on the progressive road of eternal transition towards liberalism. This summer’s events in France with the reactionary anti-gay group La Manif Pour Tous is the alarm for all of us. As should be this weeks’ decision of European Parliament when reactionary right-wing MEPs, supported by the anti-abortion campaigners they are in close cohorts with, rejected the Estrela report on sexual and reproductive health and rights, voting instead in favor of an alternative resolution drafted by the right-wing EPP (European People’s Party) and ECR (European  Conservatives and Reformists) Groups. The European left has to create an alternative to this dangerous political stream or we will witness the new upsurge of right reactionary movements throughout the Europe.